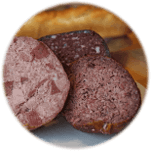 Vitamin A acts upon the immune system. It also plays a role in growth, vision and health of skin and mucosa. However, too much vitamin A is harmful, so multi-vitamins always contain a limited amount of this vitamin.

Vitamin A is common in liver, fish and butter. Seaweed, kale, carrots, broccoli, apricots, green and yellow vegetables, milk and cheese also contain vitamin A.
Fruits and vegetables contain beta-carotene, which is converted by the body into vitamin A as required. In addition, vitamin A is added to margarine, diet margarine and bake and fry products in various countries.

A shortage of vitamin A can cause skin problems, dull hair, decreased immune system, night blindness and even blindness. A shortage also results in poor development of teeth and bones. In developing countries, vitamin A shortage is very common and causes large-scale blindness and mortality.

Excessive vitamin A can cause poisoning. The symptoms are headache, nausea, dizziness, fatigue and defects of the eyes, skin and skeleton. Too much vitamin A increases the risk of congenital disorders. That’s why pregnant women are adviced not to take supplements containing vitamin A and avoid liver (products).