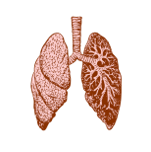 Respiratory therapy helps people to breathe properly again. The respiratory therapist uses special respiration and relaxation techniques. Many patients who are terminally ill, thus increase their quality of life and alleviate the symptoms of their condition.

Respiratory therapy is a therapeutic method that focuses on conscious and correct breathing. Often, this therapy is used as a relaxation therapy and the goal is to learn to relax and remain calm in stressful situations. The respiratory therapist supports the patient in the process of releasing emotions by applying breathing techniques. Via concrete exercises and awareness, the patient eventually learns to breathe naturally again.

This therapy is used in case of:

First of all, there is an interview with the therapist in which the patient is asked about the backgrounds of his or her problems. The symptoms are inventoried and mapped out. The therapist also checks whether there are particularities in the patient’s personal situation that necessitate further consultation with a general practitioner or specialist. Such a specialist can also be a company doctor or labor therapist.
After the intake, the respiratory training program is discussed with the patient. This program consists mainly of breathing exercises that are repeated and trained during the appointments with the therapist. The sessions take place weekly. The patient also receives assignments to practice at home.
It’s very important to strictly follow the instructions of the therapist. The speed of the improvements varies from person to person: one sees it immediately at the beginning, while the other notices the improvements only after multiple sessions.

With proper breathing, a person can avoid as many stressful situations as possible, relax better and get more energy. Good breathing even works analgesic. After a session, you feel better both physically and mentally. You can concentrate better and feel more self-confident.

Breathing correctly is done by: