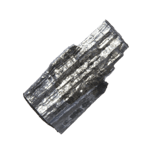 Molybdenum is a mineral that is included in different enzymes. Enzymes are proteins that trigger or accelerate certain processes in the body. These enzymes are, among other things, involved in iron and fat metabolism in the body.

Molybdenum is found in legumes, milk, nuts, eggs, meat and cereals, such as bread.

Negative effects of a shortage of molybdenum in humans have so far not been found.

It’s very unlikely that a person receives too much molybdenum via food. If this happens, it can lead to additional loss of copper in the urine.