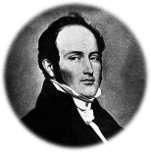 The exact cause of Méniѐre’s disease is not yet known. It is obvious that there is a problem with the cochlea. The cochlea is part of the inner ear and is filled with fluid. The cochlea is made up of multiple compartments. The middle and upper compartments are separated by a membrane. In case of Méniѐre’s disease, so much fluid accumulates in the cochlea, that it presses against the membrane. The pressure can be so great that the membrane ruptures. If this happens, the fluid from the middle compartment will flow together with the fluid from the upper compartment. This causes an attack of Méniѐre.
Why the body produces too much fluid in the middle compartment, is not yet known. Ménière’s disease doesn’t seem to be hereditary.

Méniѐre’s disease is mainly characterized by periodic attacks. Initially, there are no symptoms between the attacks. This symptom-free period may vary from several hours to even some years. Over time, part of the patients suffer, also between the attacks, from hearing loss or tinnitus. The frequency of attacks generally diminishes over time. During an attack of Ménière’s disease, a person can experience the following signs and symptoms:

When the general practitioner suspects Ménière’s disease, he or she will send the patient to an ear, nose and throat (ENT) specialist. The ENT specialist will perform a hearing test. Additionally, for example, a videonystagmography will be done. In some cases, blood tests are performed.

Because the exact cause of the disease has not yet been determined, there are only medicines to suppress the symptoms. For example, to counteract vertigo, nausea and vomiting. For patients who have the disease in a serious form, injection of an antibiotic into the middle ear is an effective therapy. Because bright light can trigger vertigo attacks, patients are sometimes advised to wear prism glasses.

The disease can disappear spontaneously, but patients may also keep suffering for years, sometimes with considerable intervals. Over the years, the attacks of vertigo usually subside and the disease mainly leads to permanent hearing loss and very rarely even deafness.