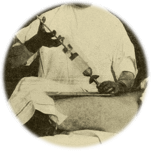 Gonorrhea is a bacterial infection, which occurs in both men and women. The bacteria can inhabit in the mucosa of the vagina, penis, anus, throat and eyes and cause an infection there. A large proportion of infected people have no symptoms. Without treatment, the consequences can be severe. Gonorrhea is a sexually transmitted disease (STD).

Gonorrhea is caused by the bacterium Neisseria gonorrhea. When a person has unprotected sex, he or she can get an infection with this bacterium. Gonorrhea is highly contagious. Direct contact via the mucosa of the genitals is enough to be infected. Where a person gets the infection, depends on the way in which one has had sex. In most cases, the urethra becomes infected. In women, the infection also occurs in the vagina and the cervix. With oral sex, a person can have an infection in the throat. With anal sex, gonorrhea can infect the anus. After infection, it takes an average of eight days before the first symptoms occur.

Women often don’t notice a gonorrhea infection. Sometimes they have more vaginal discharge than usual. This discharge can smell unpleasantly. There is sometimes vaginal bleeding outside the menstrual period. In men, the first symptom is often a pus-like yellow-green or watery discharge from the urethra. Peeing may hurt in both men and women.
Gonorrhea can have serious consequences. It’s an infection that can spread in the lower abdomen. In men, gonorrhea can sometimes cause an inflammation of the epididymis (epididymitis). Epididymitis causes severe pain in the scrotum, sometimes radiating to the groin. There is often fever. Women can develop an inflammation in the abdominal cavity, usually a pelvic inflammatory disease. This causes illness and fever, but can be well treated. An untreated pelvic inflammatory disease can lead to infertility or complications during pregnancy, such as ectopic pregnancy. Gonorrhea can also spread to the bloodstream. Via the bloodstream, bacteria may cause inflammations in all kinds of places in the body. Although this can happen in both men and women, it’s uncommon.

In order to make the diagnosis of gonorrhea, a person can do a self-test or let the doctor do an STD test. When going to the doctor, then one or more smears are made. The smears are dependent on the locations where one can be infected. Gonorrhea may also be demonstrated with the aid of a urine test. For doing this, one must catch the first morning urine, which is then tested for antibodies.

Infection with gonorrhea can be completely cured by antibiotics. After a week, the treatment is repeated. It makes sense to let the partner be examined as well and, if necessary, also be treated. Otherwise one is infected again in no time. It’s better not to have sex during treatment. If one wants to do that anyway, use a condom.
When the symptoms don’t disappear after treatment, the doctor must be consulted again. It may be that the drugs have not been effective. The patient can also be infected with another STD, such as chlamydia or syphilis.

Safe sex is the best way to prevent STDs. It’s important to avoid contact between the mucosa of the penis, vagina, anus and mouth: