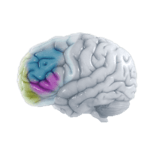 Attention deficit hyperactivity disorder (ADHD) is a mental disorder with severe behavioral and concentration problems. A person with ADHD is restless, impulsive and has difficulty concentrating. This disease is common in children but also in adults. Because many of these adults are later in life diagnosed with ADHD, they often have had many problems before.

The cause of ADHD is not exactly known. Presumably, there is a disturbance in the transfer of electrical impulses between brain cells. ADHD is also associated with problems during pregnancy or childbirth. Additionally, there is more and more evidence that hereditary factors may play an important role.

In children, the hyperactive and impulsive symptoms are more obvious, while in adults the attention and concentration problems stand in front. Both children and adults with ADHD often experience rapid mood swings and irritability.

The diagnosis of ADHD can be made from the fourth year, although sometimes some symptoms may have been present at a younger age. The diagnosis is usually determined by a psychologist, (children’s) psychiatrist or remedial educationalist. There is no standard test or physical examination which clearly shows, in a measurable way, the existence of ADHD. The diagnosis of ADHD can best be made on the basis of a detailed clinical assessment. This includes an extensive interview with the patient about the history and the presence of ADHD characteristics, as well as an interview with the partner, parent or family member.

Many people benefit from treatment that includes medication, cognitive behavioral therapy and neurofeedback:

ADHD is incurable, the predisposition for this disease is always present. The prospects depend on early detection and treatment. By careful attention to the child’s behavior, education and social life, the child can be helped to develop into an as optimal as possible functioning adult.